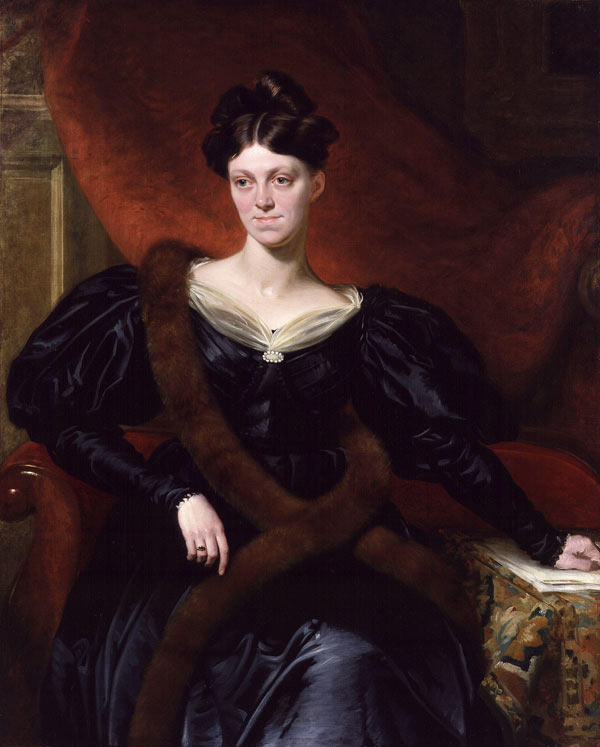 Harriet Martineau (1802-1876) was a British social theorist and Whig writer and is often credited as being the first female sociologist. Her written works included economic novels, social theory, romance novels and children’s books. Harriet was one of the only women in Victorian England to support herself financially entirely through writing, and often focused her work on themes of feminism and domestic issues - rare topics for her era. 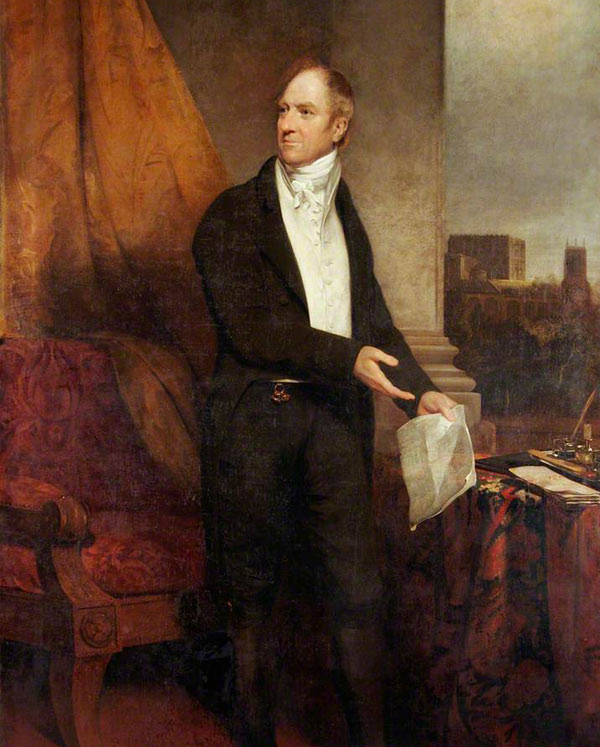 William Smith (1756–1835) was an MP for Sudbury in Suffolk between 1784 and 1790. In 1802, Smith accepted to stand for the Radicals in Norwich, leading to his involvement in the Octagon Chapel as a result of him being a dissenter.
Smith was most notable for his work in relieving the suffering of Unitarians through the Doctrine of the Trinity Act of 1813 and dedicated his life to advancing the equality of the Unitarian cause and the progress of numerous social movements. 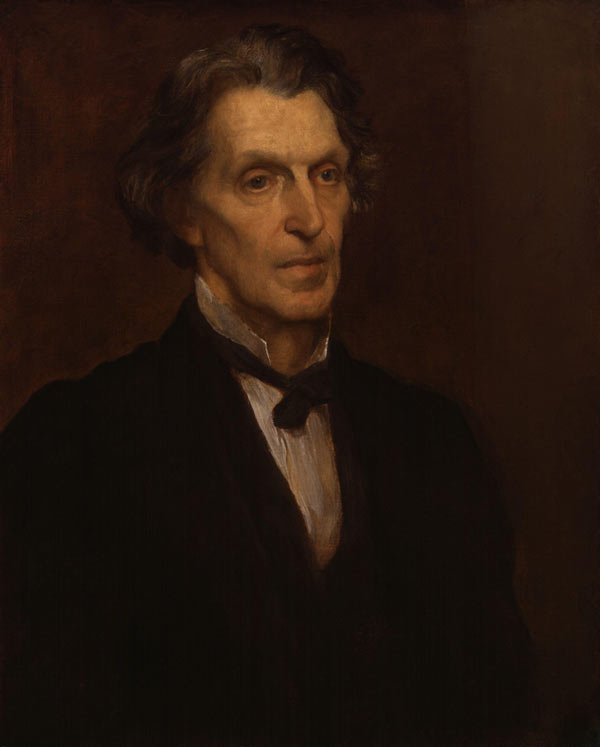 James Martineau (1805-1900) was an Norwich born English religious philosopher influential in the history of Unitarianism. Martineau’s writings emphasized the individual human conscience as the primary guide for determining correct behaviour. For 45 years he was lecturer and Principal at Manchester New College where he was responsible for training ministerial students. He wrestled with questions concerning the Bible, sources of authority, the meaning of Christ, the validity of non-Christian religions and the roles of reason and conscience. He instrumental in shaping both Unitarian and general religious thought.

Harriet Martineau (1802-1876) is often credited as being the first female sociologist, and wrote economic novels, social theory, romance novels and children’s books, among other works. Harriet was one of the only women in Victorian England to support herself financially entirely through writing, and often focused her work on themes of feminism and domestic issues – rare topics for her era. She was born in Norwich to Thomas Martineau, the deacon of the Octagon chapel from 1797, and although she moved towards atheism and the teachings of Darwin later in her life, the Unitarian faith had a key impact on Harriet’s’ career; her work was initially published in the ‘Monthly Repository’ Unitarian periodical, and she received three awards from the Unitarian Association. From her humble beginnings of ill health and neglect on her mother’s behalf, Harriet became a hugely popular writer, with her book ‘Illustrations of Political Economy’ (1834) introducing Adam Smith’s theories on free-market early capitalism to a wide audience throughout the British Empire.

After publishing ‘Illustrations’ and numerous other books on economic theory, Martineau travelled to America to campaign for the abolition of slavery, at a time that such an aim was rare, even amongst reformers and radicals. By many supporters of the status quo of societal inequality, Martineau’s ideas were considered dangerous, leading to attempts to discredit her on the grounds that her physical ailments like deafness and a lack of sense of taste had rendered her mentally an invalid, which was in reality far from the truth. One such ‘radical’ idea was that women were restricted from high education, having been forbidden from “being seen with a pen in hand” as a child ; as such, on the subject of women’s education, she wrote:

“The intellect of women is confined by an unjustifiable restriction of… education… As women have none of the objects in life for which an enlarged education is considered requisite, the education is not given… The choice is to either be ill-educated, passive, and subservient, or well-educated, vigorous, and free only upon sufferance”

Based on these teachings, Harriet’s niece, Frances Lupton, with whom she was close, made major contributions towards educational reforms for women, after Harriet’s death from bronchitis at the age of 74. Harriet’s legacy continues in sociology and political theory to this day, and her art and literature is still in circulation.

William Smith was an MP for Sudbury in Suffolk between 1784 and 1790. In 1802, Smith accepted to stand for the Radicals in Norwich, leading to his involvement in the Octagon Chapel as a result of him being a dissenter.

It was while Smith was educated at the dissenting academy of Daventry that he first encountered the influence of Unitarianism. Smith’s faith was a driving force behind his political career and the social campaigns he fought for.

Unitarians welcomed the French Revolution as a move towards modernity, a world in which they would be accepted. On the whole, Britain and parliament were against the Revolution as they feared the overthrow of its own monarchy and perceived democracy. As a result of this, Unitarians and others who sympathised with the Revolution were labelled radicals. William Smith was no exception to this and went to Paris in 1790 for the 14 July celebrations to show his support for the Revolution.

Throughout Smith’s career he supported the abolition of slave trade, coming together with prominent abolitionists such as William Wilberforce to bring an end to the horrendous practise. As a result of their efforts, the Slave Trade Act of 1807 was introduced as an Act of Parliament to stop the trading of slaves, however, this did not mean that slavery no longer existed. Due to the limitation of the first Act, the Anti-Slavery Society was formed in 1823 to eradicate slavery as a concept, marking a new stage in the abolitionist movement. Smith was involved in the campaign. The continuing pressure from the middle class and the public led to the Slavery Abolition Act of 1833 being introduced, ending slavery.

Smith was most notable for his work in relieving the suffering of Unitarians through the Doctrine of the Trinity Act of 1813. Unitarians and other non-established worshippers were repressed and resisted in their worship and the rights they had in society previous to this Act. The Mr William Smith’s Bill, as the Act became known, granted toleration for Unitarian supporters, showing his importance in the Unitarian religion as a whole and for the Octagon Chapel.

Smith dedicated his life to advancing the equality of the Unitarian cause and the progress of numerous social movements.

The seventh of eight children, James Martineau was born in Norwich, England, where his father Thomas (1764–1826) was a cloth manufacturer and merchant. His mother, Elizabeth Rankin, was the eldest daughter of a sugar refiner and a grocer. The Martineau family were descended from Gaston Martineau, a Huguenot surgeon and refugee who had settled in Norwich.

Martineau was educated at the Norwich Grammar School and on leaving he was apprenticed to a civil engineer at Derby, where he acquired “a store of exclusively scientific conceptions,” but also began to look to religion for mental stimulation. At this point decided to train as a train for the Unitarian ministry and entered Manchester College which was then at York. As a qualified Unitarian minister he started his ministry in Dublin, 1828, and married Helen Higginson in December, 1828. In the summer of 1832 he moved from Dublin to Liverpool where he was a great success. He was at one time President of the Philosophical Society and joined the staff of Manchester College in 1840, at the time of its return to Manchester where for 45 years he was lecturer and Principal, responsible for training ministerial students.

Martineau, though always calling himself a Unitarian, would never allow his congregation to be called so, insisting that they were individual thinkers agreeing only on the Universality of God. He hated controversy, above all about religion, regarding it as the antithesis of Christ’s teaching.
To Martineau, to be a Christian was to follow where Christ led. He wished to avoid theological speculation about Christ’s person and concentrate on his teachings. Nevertheless, to adopt the religion of Jesus was not to give preference to earliest Christianity. One form of Christianity was not better because it was older, he said. Martineau gladly used the methods of historical criticism to understand the Bible. He rejoiced in the light that science shed on theology. He investigated and spoke well of non-Christian religions. He wrote that he wanted “Christianity purified of superstitions, a Church intent only on Righteousness, and a Social habit of justice and charity to all men.”

Martineau was involved with Unitarian affairs nationally, e.g. the passage of the Dissenters’ Chapels Act, the opening of the universities to dissenters without doctrinal tests, and the decision to move Manchester College to London (associated with University College London).

Martineau’s writings emphasized the individual human conscience as the primary guide for determining correct behaviour. His writing on religion especially ‘Types of Ethical Theory (1885)’, ‘A Study of Religion (1888)’, and ‘The Seat of Authority in Religion (1890)’ were widely regarded as important works and helped shape Unitarian thinking.

Many of the Martineau’s were active in Unitarian causes (he is the brother of Harriet Martineau), so much so that a room in Essex Hall, the headquarters of British Unitarianism, was eventually named after them.

Other people you may not know where Unitarians...

Often considered the finest English novelist of the 19th century. Although Dickens was baptized and reared in the Church of England and was a nominal Anglican for most of his life, he turned to Unitarianism in the 1840s as a Broad Church alternative. He associated with Unitarians until the end of his life.

Elizabeth Gaskell was a life-long Unitarian and the author of a half-dozen novels, numerous short stories, and a biography of Charlotte Brontë. In her fiction she examined some of the the social issues of her time, particularly those associated with industrialization in mid-19th century England.

An architect, interior designer, writer, and educator, who designed more than 1,000 structures, 532 of which were completed.

Best known as the author of Little Women but also a strong advocate of practical reforms, women's rights and temperance.

An English poet and Unitarian, she is best known for writing the hymn "Nearer, My God, to Thee".

An American Founding Father who was the principal author of the Declaration of Independence and later served as the third President of the United States from 1801 to 1809. Jefferson expressed general agreement with Unitarianism and although never joined a Unitarian church he did attend Unitarian services and was friend of Joseph Priestley.

English engineer and computer scientist, best known as the inventor of the World Wide Web.

Find out about the history and origins of Unitarians within the UK. What was the Clarendon Code, the Doctrine of the Trinity Act? Who were John Biddle and Theophilus Lindsey?